How to Make Beer

Here’s how to make beer. Beer is made from four basic ingredients: Barley, water, hops and yeast. The basic idea is to extract the sugars from grains (usually barley) so that the yeast can turn it into alcohol and CO2, creating beer.

The brewing process starts with grains, usually barley (although sometimes wheat, rye or other such things.) The grains are harvested and processed through a process of heating, drying out and cracking. The main goal of malting is to isolate the enzymes needed for brewing so that it’s ready for the next step.

The grains then go through a process known as mashing, in which they are steeped in hot, but not boiling, water for about an hour, sort of like making tea. This activates enzymes in the grains that cause it to break down and release its sugars. Once this is all done you drain the water from the mash which is now full of sugar from the grains. This sticky, sweet liquid is called wort. It’s basically unmade beer, sort of like how dough is unmade bread.

The wort is boiled for about an hour while hops and other spices are added several times.
What are hops? Hops are the small, green cone-like fruit of a vine plant. They provide bitterness to balance out all the sugar in the wort and provide flavor. They also act as a natural preservative, which is what they were first used for. (For more info on breweries take a look at our official web page.)

Once the hour long boil is over the wort is cooled, strained and filtered. It’s then put in a fermenting vessel and yeast is added to it. At this point the brewing is complete and the fermentation begins. The beer is stored for a couple of weeks at room temperature (in the case of ales) or many many weeks at cold temperatures (in the case of lagers) while the yeast works its fermentation magic. Basically the yeast eats up all that sugar in the wort and spits out CO2 and alcohol as waste products. (For more info on the difference between ales and lagers check our this article article here.)

You’ve now got alcoholic beer, however it is still flat and uncarbonated. The flat beer is bottled, at which time it is either artificially carbonated like a soda, or if it’s going to be ‘bottle conditioned’ it’s allowed to naturally carbonate via the CO2 the yeast produces. After allowing it to age for anywhere from a few weeks to a few months you drink the beer, and it’s delicious!

How Beer is Made

We Do Brewery Tours

Hopefully this takes some of the mystery out of brewing. If you’d like to see the process for yourself and want to learn the process on how to make beer, we encourage you to contact us for a Long Island Brewery Tour. You can also visit Long Island Adventures for further info on their Beer Tours.

ASK US A QUESTION 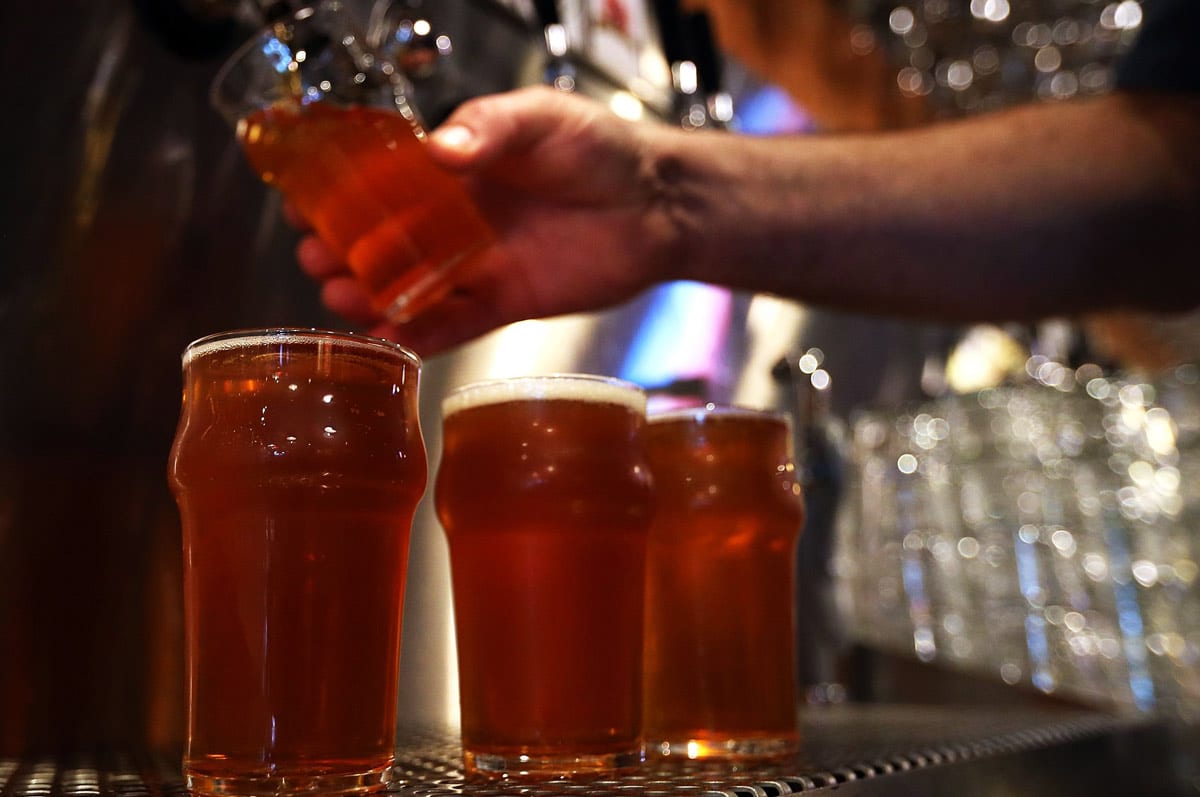 Long Island Brewery Tours is an exciting service offering the opportunity for Tastings and Tours to the outstanding Breweries here on Long Island.  Using our Limousines, Limo/Party Buses and our experience in providing quality service, you are sure to enjoy the many wonderful varieties of Beer as you tour the Best of Long Island Breweries.